This is absolutely incredible! I am still amazed by the speed

Found a small rendering issue near the picture frame; maybe some roll over math?

Yes, I am aware of this issue. It most likely lie somewhere in texture binding code or texture coordinate clipping code, but I didn't had the chance to track it down yet !
Thanks for the report anyway

And yeah, I still plan to make it faster though

EDIT : bug corrected ! Was a simple misuse of a fixed point 16 with some fixed point 8 which could introduced overflow when reconverting to 8 bits texture coordinate due to falsy negated value. Ok strange explanation, but it is the idea 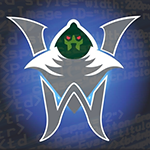 Users browsing this forum: No registered users and 63 guests