The (*.sav) TiEmu files created in Windows are compatible with linux version? ie I can transfer these files between OS

The (*.sav) TiEmu files created in Windows are compatible with linux version? ie I can transfer these files between OS

Short answer: on a modern computer, probably not.

Long answer: between 32-bit Windows (that's what all TIEmu Windows builds are) and 32-bit Linux, maybe. Between 32-bit Windows and 64-bit Linux, no.
Technical reason: TIEmu is serializing and de-serializing non-portable struct definitions, containing e.g. "long" C type, into / from save state files. I noticed the issue with images when I switched from 32-bit Linux to 64-bit Linux on my main computer, and quickly fixed the code to read more than one possible image (.img) file format in May 2009. That was my first real code contribution to TIEmu, slightly before I became the maintainer of the LPG stack; in 2004-2005, I was among the three persons who contributed many of the bug reports and feature requests who made TIEmu what it became, but no code contribution for me back then.
However, save state files are affected by the exact same bug as images - which my img portability fixes made slightly worse, in fact, by unwittingly creating a new IMG_INFO format - and I never fixed the save state files reading / writing code. That was less important than fixing image files, as the fact that the image file reading code became more portable at least allows people to restart making save states from their images without having to obtain the original data for images again first. What's more, as usual, libti*/gfm/tilp has many more users than TIEmu, and are used by TIEmu anyway, so it's natural that I spend much more time on them.
Membre de la TI-Chess Team.
Co-mainteneur de GCC4TI (documentation en ligne de GCC4TI), TIEmu et TILP.

Users browsing this forum: No registered users and 4 guests 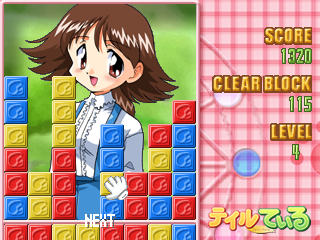