As previously announced, I have undertaken the task of documenting the early hardware and operating system revisions of the TI-82, collaborating with critor since its early stages. So far, I have found a number of TI-82s produced in May and June of 1993, containing all known ROM versions up to and including 12.0. In the process of finding these early TI-82s, I have created a massive database of TI-82s with about 130 samples, updated just about daily. When properly sorted, a number of trends appear:

Furthermore, I have made the following tentative (and possibly incorrect) observations:

I'd like to give a big thanks to critor for his support, work, and progress on this task. Without his support, much of this work would have been impossible or otherwise not completed. Furthermore, my original inspiration to find the remaining TI-82 ROM versions was critor's work with ROMs 10.0 through 12.0.
Thank you.
Last edited by CVSoft on 24 Feb 2017, 04:38, edited 13 times in total.

Thank you very much for sharing all your valuable informations, and for helping us backuping early/rare TI-82 ROMs before they're lost forever !

Thanks for all that

You're now a premium member, it's well deserved

Ooooooooh, thank you very much!

Ooooooooh, thank you very much!

In ROM versions 3. and 8.0, I have found a bug affecting the Plot1( / Plot2( / Plot3( commands. The plot mark is ignored, always using the Box mark. Notably, ROM 4* is not affected; I can't say for sure what that means until I can check ROM 7* and/or any between 4* and 8.0. I believe that TI had introduced the bug in or before ROM 3., but fixed it when the * ROMs vanished.

Here's a video of the bug in action, being executed on the various ROM versions I own. The program being executed makes three STAT plots, using the mark indicated on the screen. At the end of execution, it reports which plot mark settings failed to use the correct mark.

I finally got around to uploading the circuit board images. I took them under ultraviolet light to show where solder flux is present, as it fluoresces a yellow color under UV. Furthermore, PCB traces are a bit more visible. Interestingly, the ROM version is
written directly on the mainboard
for the early models.

Great pictures - thank you very much for your great work on documenting early TI-82 ! 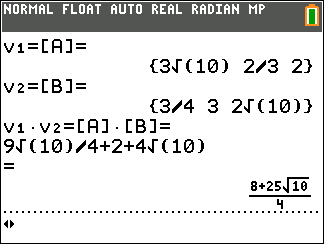